You’ll Just Have To Learn To Live With It 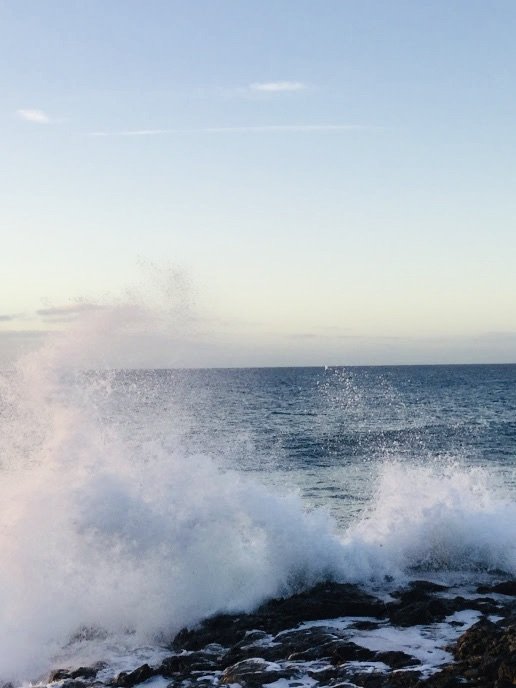 ‘You’ll just have to learn to live with it’

‘You’ll just have to learn to live with it’, ‘It’ll be on your shoulder for the rest of your life’, ‘It’s something you will just dip in and out of as time goes on’.

When I was in recovery, all of these negative, unhelpful statement were what fed and continued to drive my eating distress. I truly believed until I was recovered that this illness would haunt me for the rest of my life. The thought of that was almost like a catch 22 because you don’t want to lose your best friend who has ‘served’ you for so long but on the other hand, you can’t listen to this voice getting louder and louder with every minute of every day.

I still remember to this day, the first night I was brought to hospital. A psychologist came to speak to me and directly asked me ‘do you want to look like a skeleton?’. Those words still ring in my head and that was nearly eight years ago. He told me I would continue like this for the rest of my life or else I’d die if I didn’t do something about it. That first encounter was only the tip of the iceberg. The sheer amount of healthcare professionals who helped in my care when I was receiving treatment was amazing, but deep down I almost felt they thought I was a lost cause. Now of course my thinking of very skewed and paranoid but looking back, Doctors, dieticians, nurses, psychologists all had a very similar outlook. They were going to teach me how to eat again which would help me learn to live with this…….? We all know food isn’t actually the problem. I was highly medicated, so I felt nothing – no pain, anger, sadness, joy, nothing. I felt helpless. I often thought to myself, how am I going to recover if all I’m doing is following a meal plan and taking medications.

So, the years went by and I was ‘living with it’, which was even worse than being in condition because when there was a constant guilt there. I knew what I was supposed to be doing but I had no motivation, there was no belief there that I would be the last one standing in this battle. It was a constant struggle. I was exhausted, depressed, anxious, fearful, hopeless.

The day I found Marino, I’m not going to lie, I was devastated that my parents were once again taking control of my situation and intervening. I remember agreeing to go once just to be a ‘good’ daughter. Of course, the condition hated Marino, but deep down the real me had been waiting for this for almost five years. It was almost the sigh of relief moment that I had been waiting for. I am not going to lie; I wanted to quit and live with this so many times. But part of me knew deep down, there was hope. I was no longer sitting in front of doctors who looked down at me and compared me to the number on the scales every week. I was sitting in front of real people, real survivors, people who knew exactly what they were talking about. When Andrea, Jacqueline or Marie would say ‘I understand’, they really did. I believed if they did it, so could I. That personal experience is what pushed me forward, inching that bit further away from my eating distress. When Andrea told me I was recovered, I knew deep down I was recovered but it was still a shock to the system. I just needed to believe it myself.

Having been through the recovery process and understanding how difficult it is, I now feel so angry and also sad when I hear people say, ‘you’ll just have to learn to live with it’ or ‘you’ll never recover’. I just can’t believe someone would spread a message/fake news like that. Sadly, it’s often people who have a voice or a platform which makes it even worse because more of the general public hear this negative, unrealistic view on recovery. There have been countless newspaper articles, documentaries, radio clips that I have heard over the years about living with eating disorders which is very unhelpful for someone in the recovery process. I certainly would have believed these stories a few years ago when I was in condition or starting out my recovery process.

I liked to simply put it to myself when I was recovering; I wouldn’t walk into a shop and not take my change from a purchase, so why short-change myself in my own life?