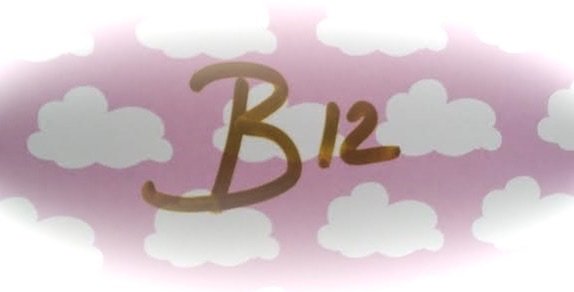 Many people with Eating Distress/Eating Disorder suffer from Vitamin B12 deficiency. We often do not realise how severe this condition can be. I would like to share with you few interesting facts.

Vitamin B12 is a water-soluble vitamin. It is the only vitamin containing cobalt, a mineral. It is essential for the normal functioning of all body cells, especially those of bone marrow, gastrointestinal tract, and nervous system, and is necessary for formation of blood cells.

It is the vitamin, which is needed by the body in the tiniest amounts, only about 4mcg(micrograms) per day. Supplemental dose level averages 25mcg and ranges from 10 to 50 per day. Any food, which is strictly of plant origin, not fermented, and free of all bacteria and insects, will be found to contain no vitamin B12. Some authorities feel that the bacteria in the intestines may also produce certain amounts of vitamin B12, which may find their way into the body.

B12 is also involved in carbohydrate metabolism. It has been noted that lactic acid and pyruvate increased from 50% to 100% during B12 deficiency.

A severe anaemia develops in B12 deficiency, which leaves the skin and mucus membranes pale. The tongue becomes red, raw and sometimes ulcerated, eventually losing its papillae and becoming shiny and smooth.

Some people’s stomachs do not secret what is needed to absorb B12, it is unknown why is that. Since stomach acid secretion is related to emotional factors, there are mental symptoms present – often irritability, paranoid thinking, confusion which is worse at night and failing memory.

Symptoms: fatigue, breathlessness and weakness to which may be added a sore tongue or numbness and pins and needless in the legs and feet, often shooting pain and weakness in the arms and legs, and inability to walk without the feet far apart. These symptoms are due to a degeneration of the spinal cord and brain, which is steadily progressive and leads inevitably to death. The unrelenting course of the disease made it notorious. It was certainly more than simply a case of anaemia. The mane that came to be attached to it Pernicious Anaemia – Addisonian Anaemia, red cells larger than normal – due to deficiency of Vitamin B12, without which red cells cannot properly be formed in the bone marrow. This disease was much feared as cancer until 1926 when two researchers demonstrated that relief could be obtained by taking large quantities of liver in the diet.

Some drugs may cause deficiency of B12 – barbiturates, alcohol.

Apart from pernicious anaemia, there are a good many other symptoms and illnesses reported as being helped by giving Vitamin B12. Asthma, Pernicious anaemia, Crohn’s disease, High Cholesterol, Arteriosclerosis.

B12 deficiency: a silent epidemic with serious consequences

If you suffer from Eating Distress, please do have check your B12 very regularly. It is much more important than we realise when we go through the condition.

Health is not everything, but when you do not heath you have nothing. So let’s start to look after it 🙂