Trust and Letting Go from Mother’s Point of View 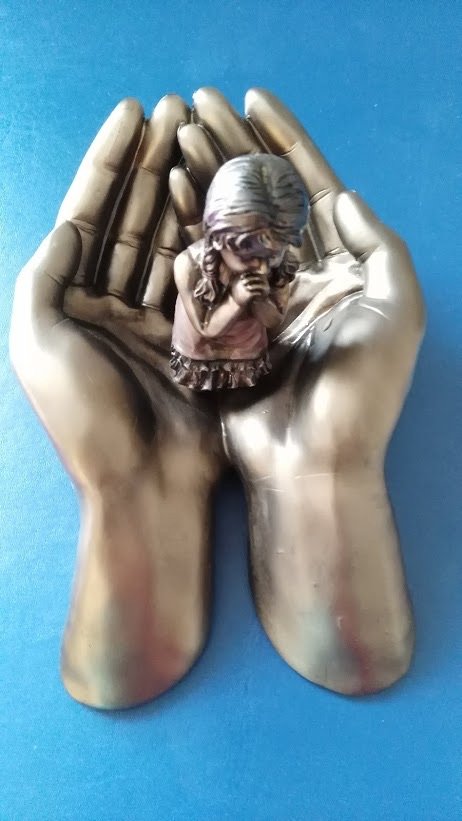 While I wasn’t at group last Saturday, my daughter was and she mentioned that the topic was trust and letting go.  She mentioned how she had spoken on the topic and was pleased with what she had to convey coming out the way in which she wished to convey it.   As her mam I felt so proud, because without her determination to recover she could never have done this.

However, she got me thinking, trust and letting go!!!!!What as a carer did I need to trust and what did I need to let go of?  I have spoken before at group where I have mentioned how I needed to let go of my daughter.  I needed to let her spread her wings, make her mistakes, but still be there if and when she needed me.  I have previously mentioned how I had to trust the process, trust the therapist she engaged with and most of all trust her.  I needed to trust that while I could facilitate her getting and attending sessions, that she would engage, and that she would want to recover.  This trust became evident as she continued on her journey.   But there was one thing that I found very hard to let go of and that was GUILT!!

Having had two girls with ED and my own baggage, I was sure that their illnesses were my fault.  Surely having had one child go through it, I could prevent the next from having to deal with it also.  Surely I could have done something to stop it.  Surely all this was my fault and I was just a lousy mother.  So what if I had given up work for 11 years to raise my family, so what if I had given them all the love and support a mother could possibly give, what difference did it make 2 out of 3 of my children experienced mental health issues.  66 2/3% of my family.  Of course this was my fault!!

It’s funny, I have written something like this before for myself and at this stage I would have been full of anger and upset and tears and frustration, but not now. Now I know that this was NOT my fault.  This was an illness, like any other illness that crept up on my children.  There may have been external forces at play, but none the less, it was just like any other illness.   With having had one child go through it, I did try to intervene when I saw my second child starting to show signs and symptoms of the illness, but it wasn’t to be.  ED doesn’t seem to work like that.

So how did I lose the Guilt?  Well apart from constantly being told that it wasn’t my fault, which for a long time didn’t wash with me, both my daughter and I started to look at things differently.  We looked at this illness with different eyes.  Gone were the guilt trips, that to be honest took up too much time and energy, gone were the resentments, the what if’s? and in place of these were the “here and now”, “the find the positives”, “the PHD in LIFE”, the “find the solutions”, the “journey to recovery and full freedom”!

As a carer, I took this journey with my daughter who blossomed and flourished and found full freedom.  As a carer, I left guilt behind and instead replaced it with pride, awe, and wonderment.  I regularly told her how proud I was of her, even if she had a set- back, because even set- backs have learning, and the fact that she was still fighting showed she was still learning and still wanted recovery.

I replaced my guilt with pure admiration for this person who was becoming a real role model for not only me, but other people around her.

It’s easy to feel guilty, we often look for blame somewhere, but there is no value to it.  There is nothing to be achieved by it, and at the end of the day, the guilt is not mine or hers.  This illness happened, and it’s what you do about it that really matters.  If you feel that you could have done something differently, then learn from it and move on, but today, right now, I honestly don’t believe that anything I could have said or done in the past, would have changed what my girls have experienced.

But, I can say this, that despite what they have gone through, despite the illness, despite all the behaviours, – we have all continued on this journey, stronger and better people.

I personally, do not see Full Freedom as a destination, but instead a beginning,  where so many more choices have opened up to my beautiful daughter.

So, if you have a badge of guilt, why not trade it in for a badge of pride!