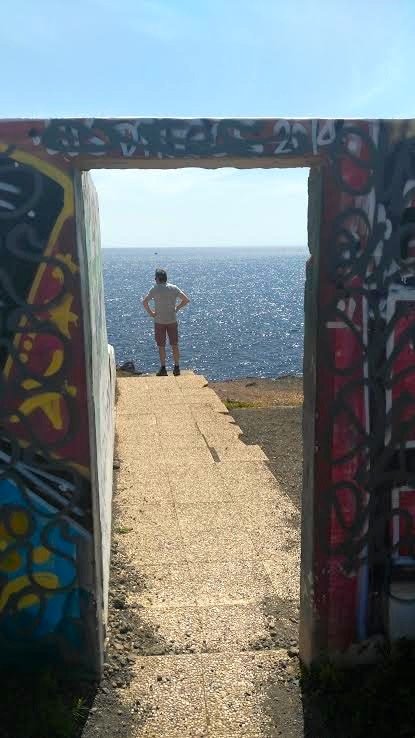 There’s something that happened for me that really changed my life and the course of my recovery and it was a realisation about the nature of the “Condition”. I know you might believe that the condition is your enemy and is something that you should battle against. But a huge paradigm shift came for me when I realised that the condition was actually a protector, someone who’s job it was to protect me from what lies beneath and what was really driving the behaviour. For years I battled and fought and hated the condition. It was like a brick wall, the harder I bashed up against it the stronger it seemed to hit back. And while I never gave up or thought for one second I wouldn’t recover, it was still something that threw me into a state of despair and frustration.  I would literally say things to it like, you’re never gonna win, you’re never gonna beat me condition so you might as well give in now. Or, I don’t care how many times you knock me down I’ll keep getting back up. And that all sounds very inspirational but really the whole time, I wasn’t fighting with some thing that was trying to destroy me, I was fighting with the thing that was trying to keep me safe. I know you might read that and be annoyed at me for saying as much, or you might believe that this is something that has invaded your life and it needs to be battled with and overcome. And I get that because that’s the way I felt about it for a long time and if someone had told me it was actually something that was there to protect me………I would’ve at the very least ignored such a statement……..and maybe told that person to go f… themselves. And that’s ok, you can tell me to f… off, I’m ok with that. But just in case there’s something inside of you that feels like this is something worth looking at, then don’t feel afraid to take a step back and see things from a different perspective.

For me I just got to the point where I realised that battling and trying to overcome = control. And control is at the core of this condition. The need to have everything under a tight hold so that you don’t get triggered or upset or feel anxiety. Control is trying to make the world, people and situations conform to how you feel they should be so that you feel safe. But if there’s one thing I’ve learned in recovery and life, its that the need to control and the pursuit of comfort murders your passion and lifespark, it cuts you off from the flow of life. So in the end I got to a point where I saw the condition as this doorman, like a bouncer or security guard, standing there in front of this gate and trying to keep me from seeing and feeling what was behind that gate. He wasn’t there to break my balls or make life a horrible experience, he was hired at a time when I was a little kid who couldn’t handle what was behind that gate. He did his job well and I was safe in a lot of ways but cut off from the flow of life and not really existing in the world. So instead of seeing this doorman as an enemy to do battle with, I saw him now as a tired and weary sentry who’s service was no longer required. And he didn’t even look like a man in my imagination, when I closed my eyes and visualised myself walking up to this person, he was made of smoke, like the monster from Lost. But he had the shape of a human and I could sense beneath the smoke he was human and I felt sorry for him, like he’d been there all this time trying to protect me and all I ever did was hate him. So now I placed my hands on him and when I did he turned from smoke into a person and this person was a little kid with cuts and bruises on his face. He looked sad and weary and hung his head. I kneeled down to look at him and I said, Thank you for protecting me all this time, but now I’m a grown up and I don’t need you to stand in front of that gate any longer. Will you step aside and let me see what’s back there? He looked up at me with a look of resignation and nodded, then he just stepped to the side and let me in…………when this happened something inside of me shifted, like it was seismic, like my soul had just been  moved. And all of a sudden I was filled with this sense of grief. But it was bitter sweet, the kind of feeling that you know in heart is good, even though it feels difficult to be with. And literally over night the behaviours were gone. The battle was over. I went from thinking the condition was something that needed to be over powered to something that was trying to keep me safe. Because those feelings were hard to sit with. I never would’ve been able to handle them as a kid, I didn’t have the where withall or the knowledge to deal with them. But after years of fighting I finally saw the truth of what was going and when I saw that something inside of me knew it was time to face up and let the condition go. And I think that’s what it is, its something you let go of, not something you overcome or beat. It was put in place as a protection against feelings that were too powerful to process, and that has to be respected. In fact I think its awesome, that we have this safety mechanism within us. I does the job in a messed up way, like it causes distress the longer its held onto to. But at a time when it was needed to save your life, it did an amazing job.

And it needs to be acknowledged for that job it did. I think it will fight you so long as you’re not ready to talk to it like it’s a protector not an enemy because what you resist will persist. When you’re ready to see it this way then you’re ready to let it go. You’ll never be given more than you can handle, like I said, its your protector and it knows if you’re ready to face what’s behind all those behaviours. For me it was intense, it was a couple of weeks of the long night of the dark soul. The mistake I made was not telling anyone this was going on. Don’t do that. If you have people you can confide in and who you can trust, then let them help you. But David Henry Theroux said that the only way out is through and I really think this is what he meant by that. You can’t go around it and you can’t avoid those feelings that lie beneath. You can’t control them or make them go away with techniques or medication or by controlling your thoughts or controlling the world. But I’m not asking you to do anything you’re not ready to do, when you’re ready it will happen. All I ask is that you maybe look at your condition as a person, someone who is not your enemy but someone who is your protector. See what happens, see how you feel and then go from there.