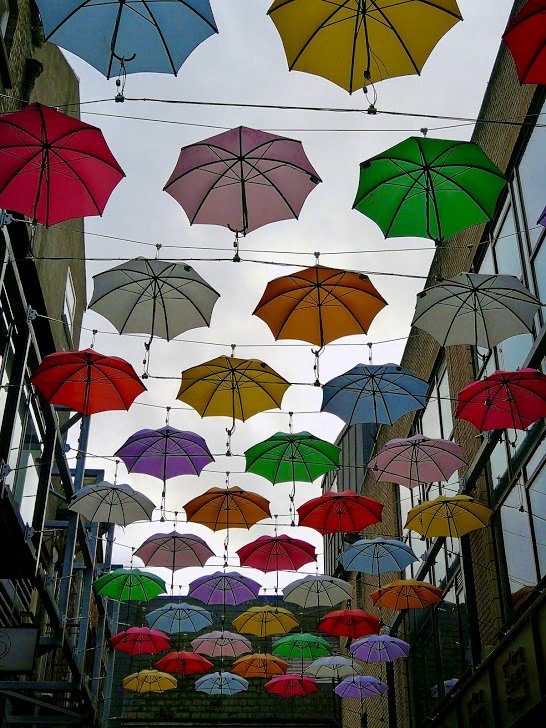 For years I rejected the fact I had some sort of “mental illness” some disorder, despite so desperately wanting help and feeling somewhat disordered. . It’s only recently I’ve actually connected the dots, acknowledged and said to myself, “good lord the reason I wasn’t OK was because I HAD an illness, a distress, God it was a virus of my mind, it wasn’t actually me” Lightblub moment. I had feared for years any association with “mental illness” any label but actually it’s not that bad,  because it’s lost its meaning. My energy has shifted from being a problem to a solution to strength. I guess because I’m in a different place in my life Im more confident in hearing labels now because A. I don’t personalise them, B. I don’t hold on to them and value myself based on them. There just an adjective, a description, just terms, words to identify, name a problem. It feels a bit empowering actually to name something and not be engulfed in the identity or shame.  My reason to recover came from desperation but shifted to inspiration.  For all of my journey my heart has always protected me and never settled for seconds. What I mean here is that I want and believe full freedom should be attainable and that’s what I wanted. I wanted more than plans, control, no self worth, no voice. I wanted more than feeling completely overwhelmed, bad, scared. I wanted more than feeling like a Guinea pig running on a wheel.

For some reason recently on reflection I’m really seeing the power of the mind. The strength and fight the condition had. I look back and alot of my journey is hazey but I remember that power that virus in my head. Seeing it now as that a virus is freeing as we now have anti viruses. Someone once told me, the only thing you can control is the thoughts in your head. It’s something I always held on to and stuck with me because it felt empowering even though at times I didn’t believe it, I still believed somewhere in the idea of it. Because I could feel my mind overtaken and all these chaotic destructive thoughts and at the time a victim to them. But I realised in snippets that yes I do have the choice to choose my thoughts and give energy to those I choose and that really stems from being self aware and listening and observing my head. At first it’s kinda challenging to catch thoughts as there so fast and you feel you can’t hear them but by just being an observer and not questioning them or whether you can or can’t hear them. What helps is saying STOP, breathe. I could start hearing such awful statements, things I thought were normal thoughts. It took me a while to believe I was worth more than choosing to focus on them. Now it’s liberating, freeing, empowering to know I have a choice to choose what why I want to allow thoughts to effect me. Example: I would sat here in the past and thought “I am lazy” without question it. Now tbh the thought does t enter why, because I listened, I heard it in the past, I began to see it for what it was, I laughed at the ridiculous of it and I stopped giving it energy and feeding into it by agreeing and adding to it. Now I might just say STOP, does that serve me, does it make me feel light, good. What’s the point in that thought. I choose to be brave and see the flip side ” I am strong, I am giving my body rest to recharge etc”.

Its very empowering to feel in charge of one’s mind. Choosing what to focus on, and more than that wanting to focus on. I now have the belief and value to want to choose what’s good for me and not believe I deserve the latter. This takes time, practice, repetition, falling down, missing beats, doing again. The mind is powerful so it takes time to reprogram and want to learn. My biggest barrier was my lack of real belief in myself so I could not see past the fact I didn’t deserve those thoughts. But as time went on you get so sick of them, they serve no purpose but to make you feel worse so sometimes just taking a chance and trying something different. What have you got to loose of you already feel awful. As they say madness is doing the same thing over and over and expecting a different result.