By Marie CampionAugust 23, 2022No Comments 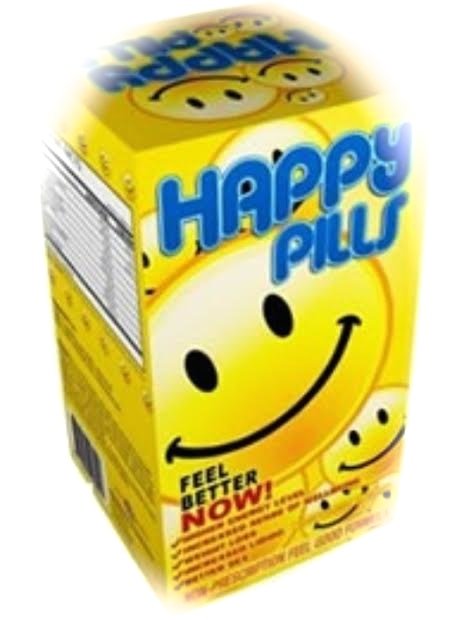 I wrote the blog below more than five years ago. I am so glad that things are changing.

Sadly  still too many people and as well as too many children, are prescribed these drugs, but we have some wonderful news and I hope that soon, more people will understand that you don’t always have to go on antidepressants in order to recover from Eating Distress/Eating Disorders.

On the 20th of July 2022 Professor Joanna Moncrieff and her team published very valuable research about “chemical imbalance” and SSRI drugs. More and more, we are learning that the myth of chemical imbalance was more of a byproduct of very successful marketing strategy. It is wonderful to see that change is happening.

Many people with Eating Distress are prescribed a lot of medication as part of their treatments, often without any blood tests and comprehensive check ups. I find this very alarming and very sad.

As Franz Kafka said: “It is easier to prescribe than understand” This is very relevant statement, many people who do not understand the condition, just prescribe.

Recovery is very complex and does take time, it is understandable that we would like to speed it up and make the process easier, from my experiences I can confirm that medication such as antidepressants are not always the most helpful way to go about it.

Commonly prescribed anti-depressants appear to be doing patients more harm than good, say researchers who have published a paper examining the impact of the medications on the entire body.

What the researchers found is that anti-depressants have negative health effects on all processes normally regulated by serotonin.

I am so glad that we are starting to have researches in this area, which are conducted in the absence of any commercial or financial interests.

Everybody can be fully recovered, and you don’t always have to assume that you need antidepressants to do it. From my own experiences these chemical substances are often causing more problems and obstacles in people’s Recovery.

Maybe we could start to prescribe hugs instead of antidepressants – That could work faster and without any side effects.

Having recently read the piece on Antidepressants in recovery on the website it got me thinking about their place in my own journey. Of course, they did feature as I went to various places for help – it’d seem they’re quite readily handed out in some cases – but looking back now, I’m so glad that their part in my recovery journey was short-lived.

Marino was the first place I came to that was not eager to hand me a Prozac prescription, in fact one of my tasks to tackle there, under medical guidance, was to gradually stop taking them. Anti-depressants in my experience were given as a solution to my symptoms; I was told by trusted professionals that they would help me, they’d make me feel better, they’d even reduce behaviours. I desperately wanted to believe that and just finally feel okay so this seemingly simple solution appeared ideal.

But the thing is, they don’t actually have that power. I would argue that their powers don’t stretch much further than inducing brain fog and numbness. Though I suppose I could also add intense nightmares, night sweats, agitation and suicidal thinking. I can’t really remember a whole lot of what it was like when I was on them, but I do know the dose kept getting higher and on reflection, there’s so much wrong with that.

Like, is it just me or is it not strange that my levels of serotonin were never tested? Considering this little pill is there to balance something, should we not know the specific levels of imbalance first? Is it not unusual that blood tests aren’t mandatory to monitor the effects of this physical substance building up in my body? What was actually being achieved here? Stagnation, if anything, would answer that last one. I would not deem them to have been any help or of any significance in my actual progress.

As I said, it was in Marino where I stopped taking them and it’s also Marino where I recovered. Maybe these pills can temporarily give us something, maybe we’ve found they take the edge off or make us feel like we’re doing something to help ourselves but personally, my crucial change and growth only came when I was encouraged to take the power into my own all natural hands to fully recover. When I was just being me and putting my energy back into me, recovery tumbled into play.

What I do recall is that it can be scary coming off them, especially when we’ve been told they’ll do x,y,z but the thing is, we’re the only ones who can ever do x,y,z. Recovery to me allowed me feel whole, all emotions allowed and all of my humanity felt. There’s no place for numbness in a real, authentic experience, I just don’t see that as wholly living. So while we may feel like we’re losing a crutch, we’re really just learning to walk again.

There aren’t quick fixes for this process and I’m genuinely glad that there isn’t. For me, it’s about discovery, learning and exploration of ourselves. And trust me, brain fog does not contribute well to such things! Having discovered that it was my thinking that strengthened much of my distress, I got to work on my thinking. I put time into discovering who I was, working on my values, my beliefs, my self-worth and so many more of the fundamentals of freedom.

You cannot prescribe me any dose of chemicals that can give those results and having had the experience of this journey, I honestly wouldn’t want you to.

I am a parent of two girls whom have gone through an Eating Distress and from the first day of trying to get them help, people have tried to push drugs on them. Doctors and health professionals seem to think that the way to treat eating disorders is to medicate and I totally disagree with us.

Both my girls went through the services of our state system and on both occasions I refused to allow them be medicated. Even our GP recommended medication and eventually my daughter went on a mild form of anti depressant.  Having been to several therapists and literally going round in circles, we got the opportunity to meet with a clinic that specialised in Eating Disorders. Unfortunately though their ethos was also to medicate. We went along with this as we had no other choice if we were to engage in their services. The medication she was put on was a type of SSRI and the idea was to increase her dosage to a certain level whereby the medication would stop her behaviours in the same way as it was used for OCD.

This did not happen. She became agitated, couldn’t sleep and the behaviours continued. One day she decided to take twice the controlled dosage. This was not a suicide attempt, quite the opposite, she was in fact trying to make herself feel better, after all, she had been told the higher the dosage the more effective it would be!

This was in December 2012, and in January 2013 she started her recovery in the Marino Therapy Centre. One of the first things she did was to be medically supervised as she weaned off the SSRI and then she did her recovery medication free. She is now fully recovered and did it without the use of medication!

My second child did not remain in this country and decided to go abroad. After a few years, she was diagnosed with bi-polar. Once again medication was the first means of treatment. In fact she hasn’t actually been offered any other type of treatment. It’s just medicate and make sure and keep your prescription up to date! However, after having been on medication for a few years, she recently decided that it was not actually helping. All these chemicals, that actually have so many other possible side effects, some of which can be dangerous, were actually doing her no good. Four months ago she decided to wean off all medications and hasn’t felt better in herself for such a long time. People are actually commenting to her how well she looks, how happy she is, how even keeled she is. She is once again in touch with her feelings and emotions, having had them numbed for so long by the various medications.

Medications have not been proved to help, as another article on this website mentions, how can you measure a person’s serotonin levels and balance them, when there is no actual scale. Medications tend to stop you from actively participating in this world. They tend to cause sleepiness or insomnia, they tend to numb your feelings, they even tend to increase the risk of suicide, so how can this be helpful?

As a mother of two daughters who have experienced eating disorders, I cannot and will not ever agree, that medication has a place in recovery. My youngest did her recovery medication free and now my eldest is following in the same way. Therapy, life skills, and changing our thinking are huge in the recovery of a brain that has for some reason gotten stuck in a negative world, medication cannot change your thinking, it can impair it and it can distort it, but the real recovery is with talking, learning, and changing.